Very recently I've started thinking about creative energy and the emotional energy that often fuels creativity. In particular, how Punk blew the world away with its explosive, aggressive energy. John Lydon's lyric, from Public Image Limited's 'Rise', that "Anger is an energy" continues to hold meaning and relevance through the decades and holds resonance for me at the moment. In past Greenbelt services, ARA has drawn upon Punk source material as part of worship, notably with Sham 69 "If the kids are united" (...then we'll never be divided) and X-Ray Spex "Oh bondage, up yours!"

There's a tension between traditional punk ideologies and the Christian faith that I think is fascinating. On the one hand, Jesus seems to embody punk ethos by way of being anti-establishment, non-conformist, championing equality. But it is (arguably) rare that he embodies other punk ideals, such as aggression and individualism. The punk ideal of being (seemingly) anti-everything led it to a defining culture of DIY - recycle clothing to demonstrate anti-consumerism, make your own records to be anti-establishment, etc.

I'm interested to explore this further and see where it leads. Just how much of a punk was Jesus? How many punk ideals can comfortably sit alongside the Christian faith? Feel free to comment below with your thoughts on the subject.
Posted by yvesraven at 08:00 No comments: 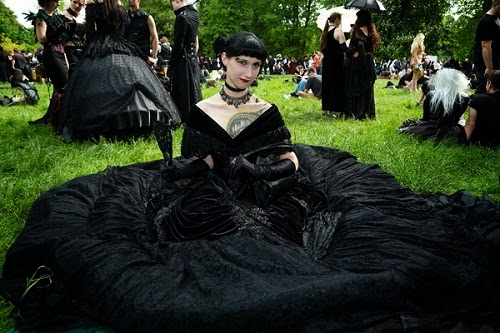 These days, there's a day for everything. Well, almost. There's an International Day of Heavy Metal (December 12th), but of greater relevance right now is a World Goth Day! On May 22nd every year, Goths the world over will celebrate their gothishness and be even more goth if they can manage it.

www.worldgothday.com gives you the very short history and encourages everyone to be a little more goth this Thursday. To wear a little bit more black. To listen to (and request radio stations to play) some good 'ol classics from the likes of Bauhaus and Siouxsie. I'll be wearing my skull cufflinks as a nod to the corp-goth look and using my Ozzy Osbourne wobbly-head pen (not goth, but close enough!).

Here in Manchester you can pop along to ARA on Friday for a slightly belated celebration, where you are free to properly get your goth on. Splash out with some outrageously beautiful and wild attire. Two-step to the beat in a 17th century church, amidst a swirl of fog and pulsing club lights.

Tell us in the comments what you'll be doing for World Goth Day.
Posted by yvesraven at 13:24 No comments: 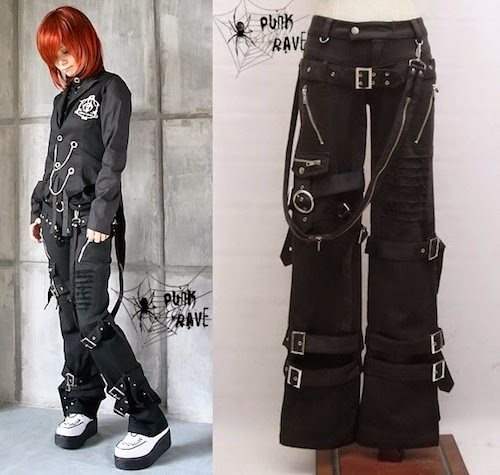 Just a quick post this week. I was in the pub last night having dinner and on my way out a young guy walked in to ask for directions. He was dressed like a modern goth (a little like the image above, although in a red top, with a black over-the-shoulder bag and a pork pie hat). It was an ensemble that worked very well for him and he'd obviously spent time putting it together. The woman at the bar next to him immediately commented "Look, Michael Jackson just walked in" and started laughing.

To his credit the guy took it in his stride, ignored the comment (as most goths do in these situations), got his directions and left. Although I could understand the visual link (see image below), I was surprised that someone could so blatantly insult another person - for all his problems I think Jacko was an extremely talented person and pulled some interesting fashions out of the bag, but in this situation the woman was not giving a compliment. It was such a rude thing to do. For a lot of goths, this is just part of the territory and we get used to it. But we shouldn't have to.

Posted by yvesraven at 08:00 No comments:


I like collecting things and as such am an avid user of Pinterest for collating images of things I like and sharing those with whoever else out there is interested. Fashion is part of this and gets drilled down more specifically into gothic fashion and again into Steampunk fashion. Steampunk is something that has been around for a while now, but is only recently becoming trendy. I get frustrated by the volume of outfits that get tagged as Steampunk when they just aren't. So, here's a brief overview of what I think defines Steampunk fashion.

Regular readers of this blog will know that we've touched on Steampunk a few times, but if you're not familiar it is a subculture borne of the exploration of an alternative future society stemming from the Victorian age. Imagine Victorians with better technology, where dirigibles (airships like The Hindenberg) had been refined so they don't explode as much and thus filled the sky; where the power of steam and industry had been harnessed and progressed at a much quicker rate than in real history. Steampunk has the word Steam in it to represent the Victorian age. Other retro-futures have different names, such as the slightly later turn-of-the-century Dieselpunk.

Those wanting to dress as Steampunks should start with clothing that is Victorian in some way or nods to this era of dress. It can depart from Victoriana a bit, but not too much otherwise it slips into a different aesthetic. Brown (as a reflection of brass, used in the futuristic machinery of this period) is a favourite colour palate to work with, but any colours work and it's really nice seeing people experimenting.

From a Victorian style base, accessories are where Steampunk comes into its own. While not essential, a lot of the accessories of Steampunk stem from 'adventurer' characters. So utility belts and braces, invented weaponry, sturdy boots and so on are often part of the outfits created. There are a few overriding symbols of Steampunk that have risen to the surface, namely cogs and gears on EVERYTHING, goggles (usually with cogs and gears and/or brass, otherwise they can look like Cyberpunk googles) as a nod to the (early) birth of aviation and cups of tea.

Just my opinion, but let me know in the comments if you agree or disagree.
Posted by yvesraven at 08:00 No comments: