Over the Christmas period I particularly enjoyed listening to Cthulhu Carols while playing Arkham Horror. The combination of unspeakable, mind bending horror and lovely Christmas carols takes the sting out of Cthulhu and the nauseating out of Christmas. I'd suggest listening to them while reading the rest of this blog.

For those of you unfamiliar with it, Cthulhu, and the associated mythos, was created over a century ago by H.P. Lovecraft, a horror writer. Personally, I find his style difficult to read and the stories a little repetitive, but the world of horror he created is genius. We are sitting on a thin veneer of normality, and underneath, just waiting to break through, are horrors who would consume everything in a moment, whose shadow would drive you to madness, whose existence proves everything meaningless.

Time for a non sequitur, but hang with me. Those who study the bible in universities generally accept a changing understanding of the devil within the bible. Initially the devil is not present, evil is chaos opposed by God, and the devil changes from a prosecuting angel into an opponent of God personifying moral wickedness. In many ways the former scares me more, a meaningless chaos that the Cthulhu mythos taps into. It scares me because it seems as I get older to be an increasingly rational way to view the world.

When I see natural disasters, disease and arbitrary suffering I find belief in God hard to hold onto. A world without meaning, where stuff just happens and we have little control or ability to direct even our own local environment, seems far more likely than a God suffused universe where love is the basis of existence. In comparison, an evil force wanting to destroy, sow misery and hate seems curiously reassuring - at least it can be understood.

I know suggesting God versus meaninglessness as the only two views is simplistic, that atheism and philosophy would suggest that I'm being naive. They're probably right, I've always struggled with postmodernism. But for me it feels this way sometimes. Holding onto my faith in God - love, hope and all that is best, is a struggle against meaninglessness. Against despair. Against Cthulhu and all his Christmas Carols.
Posted by yvesraven at 08:00 No comments: 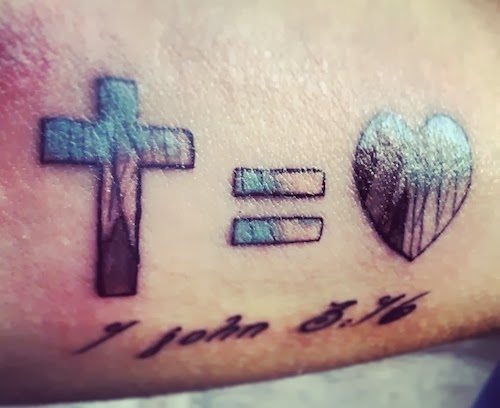 This week I'm wondering what tattoos you may have that have some relation to your faith. Or what you will get if you are planning to get a faith-related tattoo? Or why you don't have one.

Some Christians think that getting tattoos is not compatible with the faith and some just don't like the whole tattooing industry, what they think tattoos say about the wearer. However, there are some that like the style and the statement it makes and want to proclaim their faith boldly in this particular way.

Tattooing is a strong part of a number of sub cultures and it is common to see people wearing ink that remembers their loved ones, promotes their favourite bands or characters, shares favourite sayings and so on. What do you think about the issue?
Posted by yvesraven at 08:00 No comments:

It's in the blood 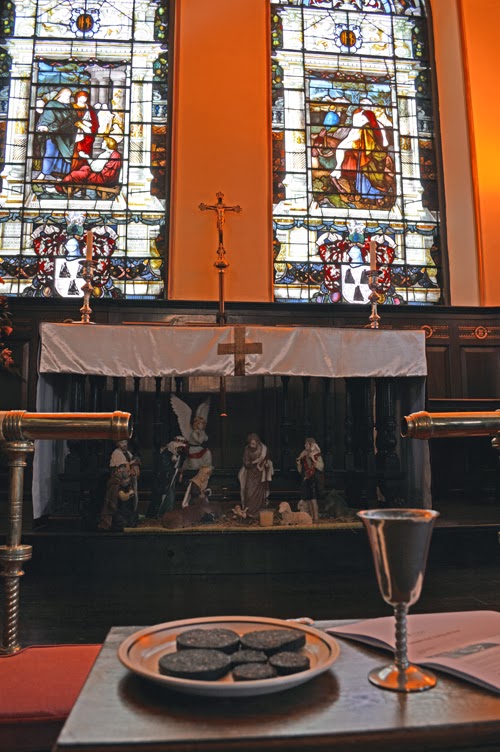 For those of you not able to make it or who are intrigued and for those who attended that may want to revisit the experience, we have included here the details of what happened at the blood gathering. Part way through, we also watched a short video from the Royal Institute that gave some basics about blood.

See you soon, for the next gathering.

Posted by yvesraven at 10:49 No comments:

A taste of blood 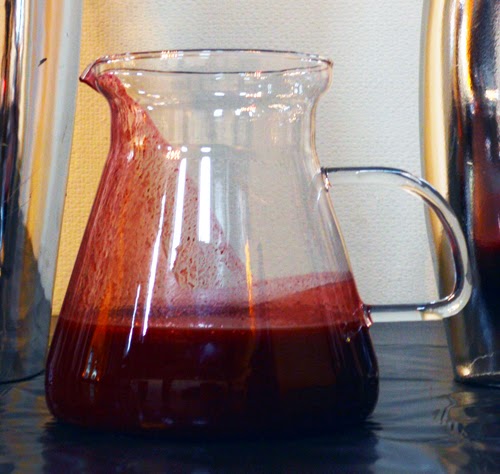 Saturday went really well and we had a very interesting couple of hours talking about blood. Claire will write up her notes to share on this so you have a better idea of what went on. However, to give you a sneak preview, here's a couple of shots and Claire's recipe for drinkable blood, used as part of the service:

- 2 punnets of summer fruits (raspberries, blackberries, redcurrants, blackcurrants, etc) - frozen are usually slightly cheaper than fresh
- red coloured fruit juice (Claire used cranberry and raspberry)
- small pot of honey (Claire used Acacia honey, a small pot that only contains 2-3 teaspoons of honey, like you might get at a B&B breakfast)

1. Take your thawed or fresh fruit and blitz with a blender adding fruit a little at a time until it looks properly liquified
2. Pour the result through a sieve into a large bowl/jug - this may need a bit of persuading with a spoon, as the liquid will still be very thick. You should just be left with the fruit skin and seeds remaining behind in the sieve
3. Add the fruit juice to thin to a desired consistency
4. Add honey to add some sweetness and lend some blood-like viscosity

That should probably give you around 600-800 ml of 'blood'. Ours was then poured into a conical jug for a chemical-experiment feel and then distilled into test tubes for each of our SUB attendees to carry round with them and use at varying points in the afternoon. You might want to try syrup rather than honey, or different combinations of fruit and different types of fruit juice, but should end up with a slow-pouring liquid of deep red colour. Have fun turning your kitchen into a mad chemistry lab :) 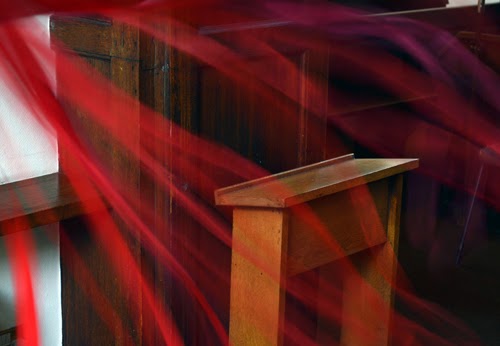 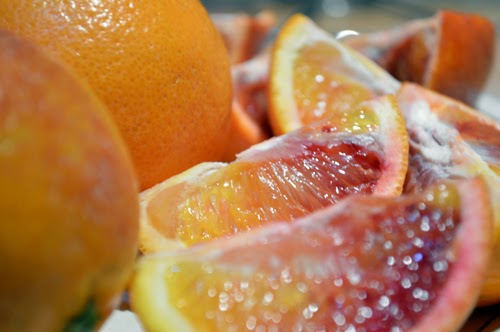 Posted by yvesraven at 08:00 No comments: